Your First Week As an English Teacher: Day 1

by The Arrival Store on July 16, 2012 in Teaching English in Korea, Working/Teaching in Korea

While not representing the Western world, Amanda enjoys making people laugh, going on spontaneous trips, taking long walks to new places, and going to the movies just to eat the popcorn. She blogs at: http://flylikeasegal.blogspot.com/

So you’ve just spent months gathering documents, weeks figuring out what to pack, days stressing about leaving. and now you’re on your first day on the job in Korea. What do you do? My number one piece of advice is act and prepare as you would for any normal job (be professional, on time, organized, etc).  Some of the advice below may seem obvious, but it is also Korea specific (I know it’s long, but this advice has been compiled from the responses of many teachers and recruiters).

1) What clothes to bring– people tend to stress about what to wear their first week or two on the job as a foreign teacher. The general rule of thumb is to dress like you would for an interview for at least the first week or two, especially at a public school. First impressions in Korea are very important. After that you can adjust according to what the other teachers are wearing. Hagwons might have less formal dress codes since they are technically “after school” academies.

For women I’d suggest knee length (though a tiny bit shorter is okay) skirts or dresses, and a few good cardigans (the cheap ones they sell here tend to be awkwardly see-through). For men, no jeans or shorts. At public schools most male teachers wear button down shirts (short sleeve in the summer), but no jacket. Again though, hagwons may be less formal. Also, I was told by a male teacher that if you have facial hair, people might be confused and make motions for you to shave it off…what you do after that is up to your discretion, but keep it groomed.

PLEASE NOTE: For women in general, no matter where you are in Korea, at school or not, you’ll find that Korean women do not show their shoulders (i.e. no tank tops) or wear low cut shirts. This isn’t to say you can’t wear these things ever, there’s no law against it, but people tend to stare (though if you’re a foreigner outside of Seoul they are probably going to stare a bit anyway). I would stay away from low cut shirts and the like, but mini skirts are a go here! Feel free to show all the leg you want while not at school.

2) Brush up on your grammar– this isn’t a must if you’re teaching younger kids, but it will definitely make you a better teacher if you know how to clearly explain grammar rules to your students when such questions arise! (You might find that the answer “I don’t know, it’s just how you say it…” won’t cut it). I’d recommend the “The Grammar Bible” by Michael Strumpf and Auriel Douglas. It gives great, clear explanations of both basic and advanced grammar concepts, and has a humorous edge. Not as dry as most grammar textbooks, and has fantastic Q & A sections with real life examples. 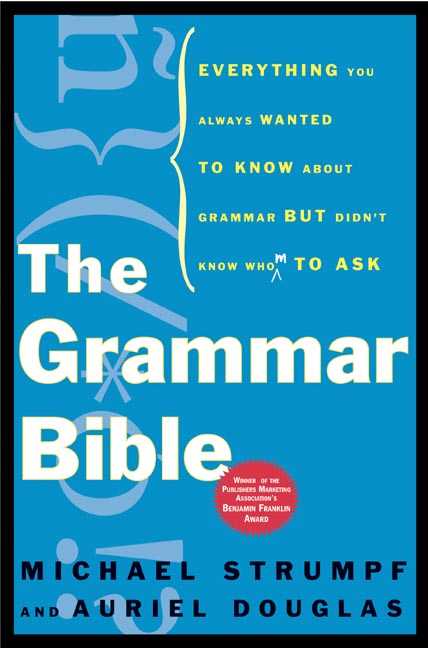 While in some schools you will find that previous teaching experience really isn’t necessary, that isn’t always the case. Some schools provide more explicit training than others, I myself had very little. Potential teachers should also note that all public schools now require TEFL certification. If you have the time, even the “120 hour” TEFL courses don’t actually take very long. I don’t know where they get those hours from, but I finished my certification in only a couple of weeks (certainly nowhere near 120 hours of actual work). It also might help you move up the pay scale in a hagwon, though I think that depends on the school.

3) READ YOUR ENTIRE CONTRACT– This goes for public and private schools. I’m not saying to pull it out every time there is a tiny problem (as my recruiter said, “it won’t help the long term relationship even if you win that battle”), but if something major happens and you need to stand your ground, it will be helpful to actually know what you can expect from your school and what your school expects from you. That being said, you will also need to be able to compromise and make things work.

One reply on “Your First Week As an English Teacher: Day 1“