by Anthony Weineck on December 12, 2013 in Apartments & Housing, Food to Eat, Korean Solutions, Life in Korea, Things to Do

Finding Christmas dinner in Korea is nearly impossible, so here are some recipes and tips to help you prepare your own – despite that tiny apartment. Christmas in Korea is very confusing. The lights go up outside every department store, the Christmas music comes on in E-Mart, and every outlet encourages you to buy matching underwear for your special someone. Yet it’s all superficial: no one really gets into the season; it’s yet another couple holiday; those Christmas trees in the supermarket remain largely unsold.

Christmas Dinner Specials Groove magazine did a write-up last year of the best places to go for Christmas dinner. No word whether they’ll do the same again this year, but the options are bound to be similar. For Christmas dinner you do have the option of going to a foreigner-friendly restaurant or bar, who often do buffets or sit-down meals. These can be expensive, though, and fill-up fast.

You can also have your Christmas dinner catered. High Street Market is taking orders for full Christmas dinners, and you can also order from The Deli at Dragon Hill Lodge on the Yongsan Army Base (if you can’t get on base they’ll deliver it to you at gate 1 or 13; I did this for Thanksgiving last year and the food was excellent).

If like me, however, you’re up for a bit of a challenge, you’ll probably be disappointed at how easy it is, with the right tools and the right preparation, to cook a delicious Christmas dinner for upward of 10 people. Read on to find out how.

If you want to do anything roasted you’re going to need an oven, maybe even two.

You can buy ovens over at The Arrival Store or, if you’re willing to brave potential marketing epilepsy, Gmarket.

Daiso sells cheap metal bowls that are amazing for ingredient management; buy a bunch and throw all your ingredients in there until you need to use them.

Try to muster all of these things before you start cooking: Lightly grease an ovenproof casserole-type dish. Peel and slice into discs (as if you were making chips),

and layer them in the dish like lasagna. Then, in a mixing bowl, combine

and pour the mixture over the onions and potatoes. Top with

and bake at medium temperature for 30 minutes, or until the cheese on top is browning nicely.

It doesn’t take long to cook, and it holds its heat well, so throw it in the oven 30 minutes before your guests arrive, after you’ve cooked the main meats. Take it out and cover with something to keep it warm until serving.

You can make the bake more healthy by substituting cream for milk with a tablespoon of flour stirred into it. Good roast potatoes are the backbone of any roast dinner but, unfortunately, Korean potatoes are of the wrong kind: waxy and hard, rather than soft and fluffy, they’re perfect for stews and pasties, but take some work to make roast-ready.

Use 1 large potato, or 1.5 small ones, for each guest. Peel them and chop into bite-sized portions (smaller pieces cook more evenly, and more quickly). Bring a pot of salted water to the boil, add the potatoes, then reduce to a simmer. Allow the potatoes to simmer for 30-45 minutes, or until they’re slightly soft.

Drain the potatoes and place them on a baking tray. Drizzle oil (you probably have some from your Chuseok gifts) and salt generously over them, and place them in the oven at high heat for 30 minutes, or until the outsides are crisp, the insides soft, and they look delicious.

At the last minute. If there’s space, then throw them in at the same time as you finish your meat, then move them to the top of the oven and crank the heat for the five minutes your meat is resting. Serve them straight out of the oven, or they’ll get cold and chewy.

You can throw breadcrumbs over the top along with spices, to make them potentially crunchier and flavorfuller… Also try putting some quartered onions in among the potatoes. You’d never believe it, but this is the easiest thing on the menu, and the tastiest!

Get a nice pork leg roast, bone out, with fat on one side, from E-Mart, Lotte Mart or wherever it’s cheapest to find meat. Pork is about the cheapest meat in Korea so it shouldn’t burden your wallet too heavily.

Place the roast on a large board where it’s easy to handle and score the fat with diagonal strokes. Take a knife and stab holes about 1-inch deep all over the roast (both sides). Into each of these holes push a piece of

all over the roast, making sure to cover the whole piece. Place the meat, fat-side down, on a roasting tray and put it in the oven on a medium heat for about 20 min/lb or 44 min/kg. 30 minutes before it’s done turn it over so the fat is on top and crank up the heat to high. This will cause the fat to crisp and brown, making crackling, which is absolutely the best part of the roast.

When done, remove the meat and let it rest for five minutes before serving. If the crackling isn’t crispy yet, cut it off and broil it while the meat rests.

Start cooking as though to have the meat ready 45 mins before you want to serve it, then take it out half an hour before its done to let the other dishes use the oven for a while. Make sure to try and keep it warm. When they’re done, put it back in but give it 15 mins to get back up to temperature.

It should be slightly pink in the middle when you slice it, but feel free to put it back in the oven for a while if you don’t think it’s cooked. The idea that pork has to be cooked well-done is an old one, and no longer applies. Pork is perfectly safe, even (especially?) in Korea, and like all meat has the most flavor if you don’t overcook it. So easy (and so delicious) it shouldn’t be allowed, apple sauce is the traditional accompaniment to pork, but you can eat it on its own if you want. It’ll keep well in the fridge, so make it in advance and store it in an old pasta sauce bottle or something.

from your local supermarket, peel them, core them, and cut them into thin slices. Then, in a saucepan, melt with

let the herbs cook a little, then add your apple slices and toss them in the butter to make sure they’re covered. Simmer for a few minutes to let the flavors permeate, then add,

Cook until the apples are soft, then mash them with a fork. Let it simmer for about  20 minutes more, until most of the water has boiled off, and you should have a lovely thick, gooey apple sauce. 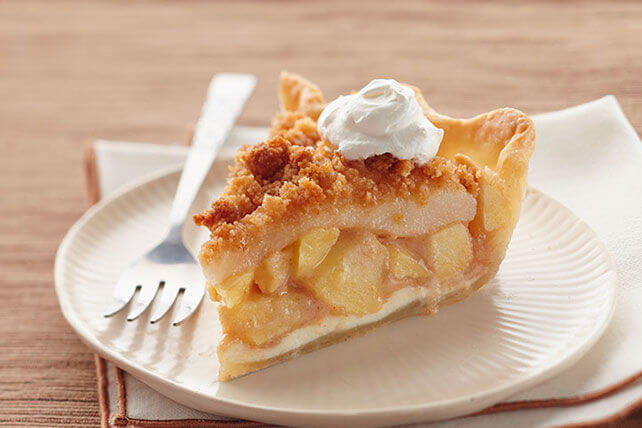 Holidays mean pie, but pie needs crust, and you can’t buy pre-made piecrusts in Korea (so far as I can tell). I’ve had success with this puff pastry recipe, and you could make your own shortcrust pastry, but if you don’t have the time or the patience for patisserie, a no-crust crumble is the best route.

In a mixing bowl, use your hands to combine,

rub the ingredients together (trying not to eat them) with your fingers until you have a powder with the consistency of breadcrumbs.

Fill a lightly-greased baking dish or pie dish with the apple and pear slices, then sprinkle over them,

Pour the crumble powder evenly over the fruit, pushing down if necessary to make a firm lid. Bake at a medium temperature for 30 minutes, or until the top is nice and brown.

You can prepare the crumble a day in advance and store it in your fridge. When the mains are done (and you’re eating them), throw the crumble in the oven to cook. Enjoy the time between courses to eat, drink, and be merry.

Throwing some savory spices in on the apples makes a nice variation. Rosemary and thyme work well. I also like to add dried fruits like raisins or cranberries to give it a punch.If you’re completely crazy you could add a sprinkle of paprika to make it a little spicy.

If you’re British or, like me, South African, you’re probably of the opinion that Christmas pudding is an indispensable part of Christmas dinner. The ingredients are hard to find, and the amount of time it takes to make one mean that many Brits will be going without this year. Unless, of course, you use this recipe I dug up last year for a last-minute Christmas pud.

It asks for twice the amount of ingredients you’ll need, so halve everything. A medium-sized metal bowl from Daiso will do in place of a pudding basin, so long as it has a rim, and instead of expensive brandy you can get one of those little plastic bottles of cheap whisky in most supermarkets (it’s actually not bad, for whisky). All the other ingredients can be bought at your local mart and it can be made overnight (for those unaware, it usually requires several weeks of resting “somewhere cool and dry, like under a bed in a spare room.” I’m not joking). Mmm, mulled wine tastes like Christmas. To me, at least. This delicious beverage can be made with minimal fuss or mess, and is always a crowd-pleaser. The best part? Contrary to popular knowledge, the heat doesn’t burn off the alcohol, so you’ll still end up good and toasty.

For this, your best value will be getting one of those enormous bottles of Carlo Rossi Red. Pour it all into a large pot, and put over a low heat. To this, add

Heat the wine, but don’t boil it. Let all the flavors mingle for a while before serving. You can ask your guests to bring cheap wine to contribute, and use it to top the pot off as afternoon bubbles into evening.

How are you planning on celebrating Christmas this year? And what are you eating? Let us know in the comments below.